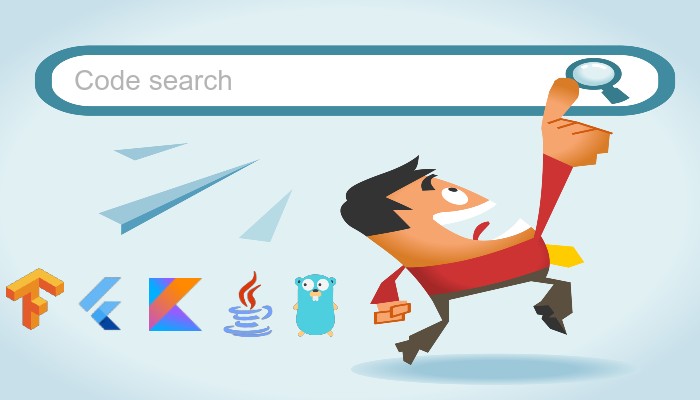 Google has launched Code Search for many of its well-liked open-source projects, giving the broader software community what hitherto has been one in all Google’s popular internal tools for developers.

Code Search (CS) for open-source Google projects for currently supports Dart, ExoPlayer, Angular, Bazel, base SDK, gVisor, Go, Flutter, Kythe, TensorFlow, Outline, and Nomulus– that represent a little portion of Google’s open-source projects, however ones that open-source communities could have the benefit of search being available on their individual repositories.

Code Search for Google open-source projects follows the launch of a public Code Search interface for the Chromium projects and Android.

Kris Hildrum of Google’s Code Search Team says Google will decide to give Code Search for additional repositories in the future.

Google engineers use Code Search daily to know the codebase, for instance, to look for half-remembered functions, figure out what calls the function they are viewing, and to identify once a line of code has been modified. there is also a ‘blame’ button that highlights that user last modified every line of code said by Hildrum,

When users type term, the search field provides suggestions on the fly with the sort of code object, the repository, and also the path. Users who wish to, for instance, search for a function ‘foo’ in a Google file will specify ‘lang:go function:foo’ to avoid looking files wherever foo is simply a comment. Different filters include case-sensitive, file, symbol, class name, and content.

Projects totally different build systems can use Kythe-provided wrappers for javac and clang to instrument their builds; these are utilized by metallic elements and golem AOSP to supply compilation information for Kythe.